Myself, Francis McCullagh, George Thomas, Veronica Marxer and Jacob Tomes were approached by Amnesty International to design a campaign drawing attention to the conflict in Yemen. From our research, we found a vast amount of these weapons were used on non-military targets and civilian areas, including schools.  The issue is not often covered in mainstream media so few people feel in a position to sign. Our campaign aimed to inform people of the facts, enabling them to sign the petition, knowing it's the right thing to do.

‍‍
‍As well as signing the petition, we asked signees to draw their own school as an act of solidarity. We then combined these school drawings to create a 3.5sqm mosaic of schools, heavily inspired by the traditional primary school tea towel. We also produced a short film, a publication and posters to support Amnesty's campaign. 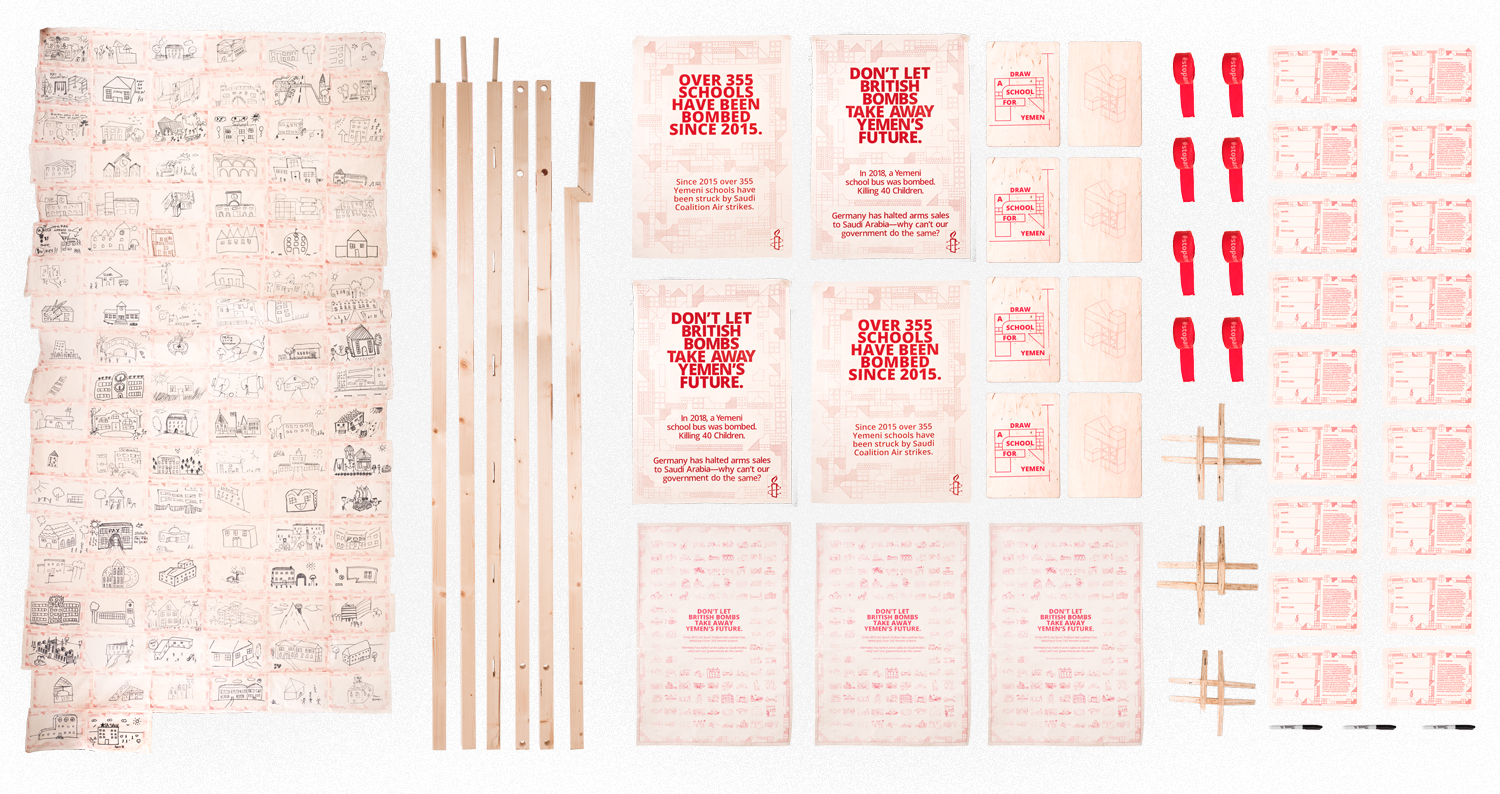